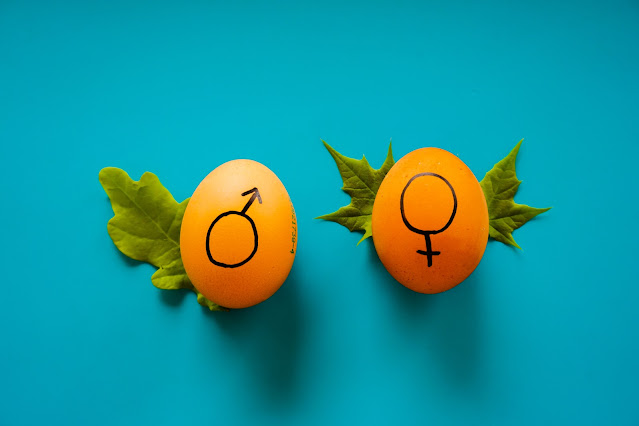 From a young age, one of the most important lessons that women learn is to be cautious and respectful of their male counterparts. This extends to both social and professional spheres, where women are often expected to defer to men and not voice their opinions or take up positions of power. This gender inequality is often perpetuated through social norms and embedded in our cultural values.

In this article, we will explore some of the root causes of gender inequality in the Indian society and discuss some ways in which we can work towards eradicating them.

Gender inequality in the Indian society is a reality. It has been prevalent since ancient times, and is entrenched in many aspects of social life. This inequality rooted in patriarchy manifests itself in many ways, including economic disparities between men and women, sexual violence against women, and lack of access to education and work opportunities for women.
In India, girls are often forced into marriage before they reach 18 years old, and are then subjected to domestic violence and sexual abuse. These girls often lack access to health care, education, and financial resources, which leads to increased rates of poverty and social exclusion for them.
Gender inequality in India is also perpetuated by traditional Hindu beliefs that place a high value on male children and privilege them over female children. These beliefs often lead to discrimination against female children, who are viewed as inferior because they do not possess the same level of masculine strength as boys.
There have been efforts made by various organizations and individuals to address gender inequality in India, but much more needs to be done. The government of India should provide more financial resources to help girls and women access education and career opportunities, while society at large needs to be more supportive of these women so that they can break free from the cycle of gender inequality

The Societal Barriers to Equality

Gender inequality in the Indian society is a reality that still persists today. Despite significant changes over the years, women continue to face numerous barriers in their pursuit of equality. In this essay, we will discuss some of these barriers and how they impact women’s lives.

One of the major social barriers to gender equality in India is the traditional perspective on women’s roles and abilities. This perspective views women as primarily caregivers and homemakers, limiting their opportunities and responsibilities in society. Additionally, traditional practices such as dowry and child marriage restrict women’s autonomy and freedom. These practices create an environment of gender inequality in which women are not able to freely participate in society or make decisions about their own lives.

Another major barrier to gender equality in India is the prevalence of violence against women. According to a report from 2012, more than two-thirds of all female murder victims are killed by husbands or relatives with whom they are in a relationship. This constitutes a significant social obstacle for women who seek to exercise their rights and pursue an independent career. Violence against women also leads to long-term physical and psychological injuries, which can severely restrict women’s ability to enjoy life and participate fully in society.

In spite of these obstacles

The Legal Framework For Equality

Gender inequality in India is a well-documented problem. The legal framework for equality is not always adequate to address the concerns of women, who often experience discrimination in both public and private spheres. Gender-based violence remains a widespread problem, with women accounting for more than half of all victims. There is also a lack of parity between men and women in terms of economic opportunities and access to resources.

The legal framework governing gender equality in India is based on the Constitution of India, which guarantees equal rights to all citizens. However, this promise has not been fully realized for women, who continue to experience discrimination in a number of areas. In particular, women are disadvantaged in terms of employment, education, political representation, and access to resources such as land and wealth. This disparity is particularly acute in rural areas, where women are largely confined to traditional roles such as wife and mother.

There are a number of legal mechanisms available to address gender inequality in India. These include the Protection Of Women From Domestic Violence Act 2005, which provides criminal sanctions for those convicted of abusing their wives or female partners. The Women’s Rights Act 1993 provides for equal rights for women in all areas of life, including work,

The Structural Causes of Gender Inequality

Gender inequality is a pervasive problem in India. The country ranks 116th out of 188 countries on the World Economic Forum’s Global Gender Gap report, which measures how well countries are doing in terms of gender parity. India has made some progress since 1990, when it ranked at the bottom of the list, but much more needs to be done.

The roots of gender inequality in India can be traced back centuries to the country’s traditional social hierarchy and discrimination against women. Women are often treated as second-class citizens and are not given equal opportunities in education or employment. This leaves women vulnerable to exploitation and discrimination, which leads to widespread gender inequality.

Some of the main factors that contribute to gender inequality in India include:

1) Social norms and discrimination: In traditional Indian society, women are seen as inferior to men and are not granted equal rights and opportunities. This leads to discrimination and social norms that disadvantage women. For example, women are often expected to stay at home and take care of the family while men go out to work. This limits women’s opportunities and restricts their freedom.

2) Lack of education: Women in India are less likely than men to

Gender inequality in the Indian society is a well-known issue. It manifests itself in many ways, including through the prevalence of violence against women and girls, unequal access to education and employment opportunities, and a host of other challenges that women face on a daily basis. While there have been some progress reports made recently about the status of women in India, much more needs to be done before gender equality can truly be realized.