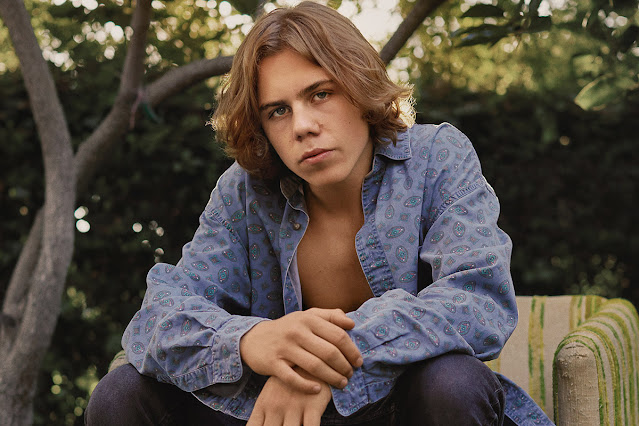 Justin Bieber’s newest video is sure to get young fans excited – and older ones too! In it, the singer stars as Kid LAROI, a street-wise kid who gets into all sorts of trouble in his day-to-day life. But no matter what comes his way, Kid LAROI always manages to stay positive and keep going. Watch the video above to see how he does it!

The Kid LAROI is back with another amazing song! This time he’s featuring Justin Bieber and the song is called “STAY.” The video is really cool and features some great choreography. You’ll definitely love it!

Justin Bieber’s new single “Stay” is a song about staying true to yourself, no matter what people say. The lyrics talk about sticking to your beliefs and not letting others control you. Bieber recorded the track with producers Dr. Luke and Benny Blanco, and it’s rumored that the song was written about his ex-girlfriend Selena Gomez.

The video for “Stay” was filmed in London over the summer and features cameo appearances from Selena Gomez, Chance the Rapper, Lil Yachty, and Hailee Steinfeld. The video is set in a futuristic world where Justin is a prisoner on a plantation run by a villain named Krayzie Bone. The rest of the cast comes to Justin’s rescue and defeats Bone together.

Fans of Justin Bieber will love this latest song and video!

Justin Bieber’s Transformation from Baby to Young Teenager to Adult

Justin Bieber’s official video for his song “STAY” is a look back at his transformation from a baby to a young teenager to an adult. From his early days of singing in the shower to his rise to fame, the video chronicles Justin’s journey.
The video features clips of Justin as a baby, singing “Somebody to Love” in the shower; as a young teenage sensation with “One Time” and “Baby”; as an adult with “Love Yourself” and “Beauty and a Beat”; and finally, in the last few seconds of the video, Justin returns as a baby again.
Throughout the video, Bieber talks about how his music has helped him through tough times and how he hopes it can do the same for others.

The Making of the Video

The Making of the Video
Justin Bieber’s “STAY” video was shot over the course of several days in late May in Los Angeles. Director Colin Tilley and Bieber worked closely together to create a cohesive visual story for the song that showcases both Bieber’s youthful spirit as well as his depth as an artist.

The video begins with Bieber driving around town, singing the verses of “STAY” to himself in his car. He then meets up with some friends, including model Tyson Beckford, who appear in a number of scenes throughout the video. Beckford plays a role in convincing Bieber to stay away from drugs and alcohol, which is evident in their interactions.

Later on, Bieber is shown at a party where he is clearly drunk and behaving recklessly. His girlfriend at the time, Selena Gomez, appears to be trying her best to keep him sober. She eventually breaks up with him and leaves the party, which seems to devastate Bieber. Scenes of him crying in his car later on show just how much he has been affected by Gomez’s decision.

Ultimately, Bieber manages to pull himself together and finishes the video by singing “STAY” on stage at a concert. The

Okay, so I’m not the biggest Justin Bieber fan. But even I have to admit that his latest video is pretty darn catchy! The Kid Laroi stars Justin as a street-smart kid who has to save the day when an evil corporation comes after his home town and everything he loves. The song and video are both visually stunning (especially if you like a bit of nostalgia), and I can’t help but sing along every time it comes on TV. If you haven’t seen it yet, be sure to check it out – you won’t regret it!

How to listen song on Spotify