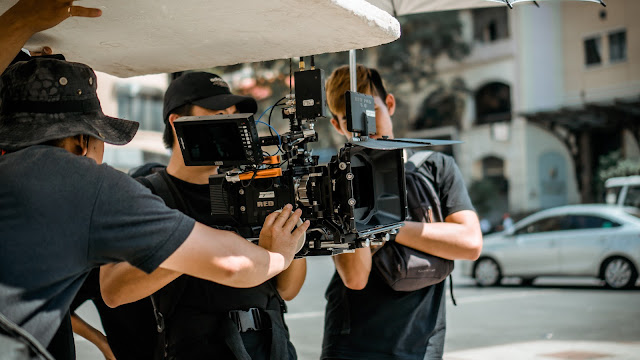 What is a film production company?

Production: The production division is responsible for creating the film’s story, script, and directing. This division also hires the cast and crew, pays them their salaries, and sets up the filming location.

Marketing: The marketing division is responsible for promoting the film before it is released to theaters and online. They may also create advertising campaigns and work with movie theaters to promote screenings of the film.

Distribution: The distribution division is responsible for sending the finished film to movie theaters and online platforms such as Netflix or Amazon Prime. They may also sell DVDs or digital copies of the film.

What are the goals of a film production company?

One of the most important aspects of marketing a film is determining what type of audience the film is aiming to reach. For example, a film targeting children may require different marketing strategies than one targeting adults. Additionally, a film production company must carefully consider their target market’s interests and preferences in order to create content that will appeal to them.

Another key component of marketing a film is creating awareness for it. This can be done through advertising, public relations, and other means. Creating awareness for a film allows potential viewers to find out about it and decide whether or not they want to watch it. It also helps attract investors and sponsors who may be interested in helping the production company distribute the film.

In order to maximize the chances of success for their films, a film production company should have an effective distribution strategy in place. This includes developing relationships with distributors who are right for their target market, arranging screenings and publicity events, and promoting the movie online and elsewhere. Distribution can

How can a film production company market their films?

The film production company should develop a marketing strategy that takes into account their target audience, the type of film they are producing, and the market in which they are operating. Below are some tips for creating a marketing plan:

1. Target Audiences: The film production company should first identify their target audience. This can be done by analyzing what movies people have been watching recently or by looking at demographic information such as age, gender, and interests. Once the target audience has been identified, the marketing strategy can be tailored to appeal to them specifically.

2. Producing Types of Films: Next, the film production company should decide what type of films they want to produce. This will help determine which marketing strategies are most appropriate. For example, if the company wants to produce romantic comedies, they will need to focus on developing targeted marketing campaigns that appeal to this audience.

3. Market Conditions: Finally, the film production company needs to understand the market conditions in which they operate. This will allow them to adjust their marketing strategies as necessary. For example, if there is a glut of romantic comedies in the market, the company may need to focus on different marketing tactics than if there were more unique films

The Best Email Finder Tools In 2022 For Email Scraping