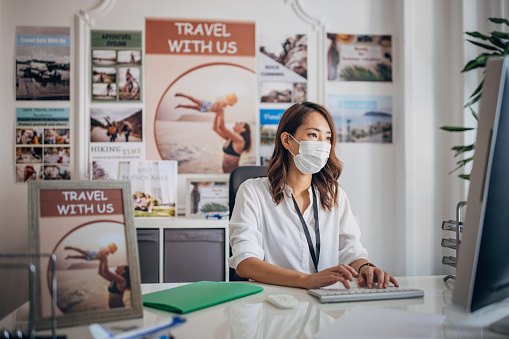 In the last decade, travel companies have progressed beyond simply booking flights and hotels to providing a wider range of services, including tours and packages. In addition, they now provide personalized vacations and adventure tours for tourists of all skill levels, with a variety of guided activities included, such as kayaking, bicycling, and surfing classes.

Some travel businesses have even gone so far as to build their unique software for trip planning, which is becoming an extremely popular service among tourists. Using an example, Booking.com has developed a function that allows users to plan itinerary, check and search for flights, as well as book accommodations, restaurants, and attractions.

Numerous transportation and travel firms have also set up their own in-house stores, wherein they sell a variety of items such as clothing, backpacks and watches, as well as phone cases and bags. Additionally, several businesses provide discounts on their own items to passengers.

The role of travel agencies has expanded significantly in recent years, and they now do much more than simply arrange for you to fly.

They are now a vital part of your journey, from planning your trip to scheduling activities during your stay and even assisting you in finding accommodations in the area where you are traveling to and from. However, it is likely to witness a major reduction in demand over the next few years when compared to travel agencies.

In this post, we’ll look at the reasons why travel companies might not be necessary in the future, as well as several alternatives to traditional trip planning services.

What is the history of travel Agencies, and how have they changed over the last decade?

In contrast to other industries, the history of travel agencies has been a succession of ups and downs that have shaped the sector as we know it today.

It was in 1841 that Thomas Cook planned an excursion for working-class individuals from the United Kingdom to view the Great Exhibition in London, which is considered the first instance of a travel agency.

When Thomas Cook established Thomas Cook & Son Limited in 1887, it quickly rose to become one of the world’s premier travel companies.

The deregulation of the airline industry in 1978, which allowed airlines to determine their own pricing and schedules, was a watershed moment in the history of travel agents. As a result, many airlines went bankrupt, and the government intervened to save them by establishing legislation.

When travel agencies became more widespread in the 1980s, many airlines opened their own booking offices with the goal of forming partnerships with their existing clients, which they accomplished.

These organizations were primarily restricted to a geographical scope and offered a limited range of services.

In recent years, as a result of technological developments and a greater emphasis on consolidation, there has been an increase in the number of large airlines purchasing or merging with smaller ones.

As a result, there is now a market for airlines that benefits both the consumer and the organization that owns the airline.

Factors That Could Cause Travel Agencies to Fail in a Decade

Many developments have occurred in the travel business over the course of the last few years.

Several factors, including the growth in the sharing economy, the expansion of internet booking, and the availability of more economical travel options, have all led to the demise of traditional travel companies.

In fact, it is estimated that by 2025, internet channels will account for around two-thirds of all hotel reservations. Therefore, in order to stay afloat, these businesses will have to discover new sources of revenue.

However, the fact that technology is progressing at such a rapid pace means that travel companies may be obsolete within a decade. People have been able to plan and schedule their own vacations as a result of the advent of new technology such as mobile apps, internet booking, and social media platforms.

Consequently, the number of travelers who rely on travel agencies to assist them with their journeys has decreased.

Travel is also becoming considerably easy and safer in many parts of the world, particularly in developing countries.

Furthermore, people are becoming more accustomed to traveling on their own time. Transportation and relocation were not as straightforward a decade ago as they are today. People were intimidated by the prospect of packing and traveling without expert aid.

However, with the advent of the internet, many things have changed, and solo travelers are becoming increasingly prevalent.

What is it that makes travel agents irrelevant?

Because of the proliferation of online booking, travel agencies are becoming increasingly obsolete. For one thing, people can organize their own travel plans and book them in a matter of minutes thanks to the internet, which has made it easier than ever for them to do so.

The following are the primary reasons for the irrelevance of travel agents in today’s world:

Tourism is evolving dramatically, and new technology is rendering travel agents increasingly obsolete in the process. In the last decade, the number of passengers who plan vacations without the assistance of a travel agent has increased by more than 20%.

The traveler’s point of view is that they do not require the services of a middleman because they can do the task themselves.

There are numerous information and booking platforms available, like Expedia and Booking.com. These platforms allow you to locate flights, hotels, tours and other travel plans with only a few clicks, and they are becoming increasingly popular.

Travel agencies are in danger of becoming extinct within a decade, thanks to the introduction of new technologies. People who work in other industries say that this is a good thing since it will result in more jobs for those who work in other areas. The disadvantage is that many individuals will be out of job and will have no other means of earning money.