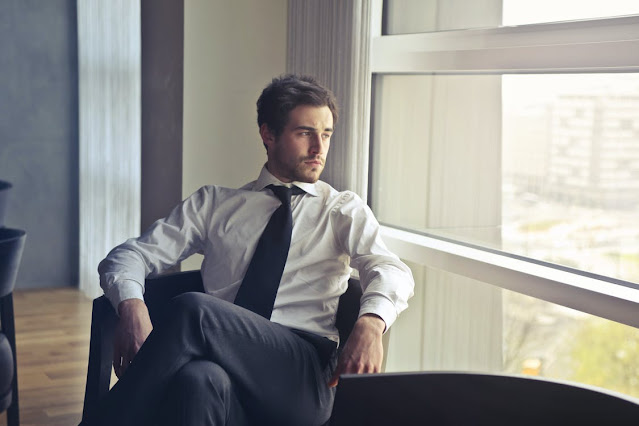 Confidence can be a tough attribute to construct especially if it has been broken along the process of development in a man. Like a glass that has been fragmented it takes a huge underpinning to fix what was broken and reignite the confidence in a man towards himself. So how can one boost and rebuild his confidence in this harsh and unkind world? Here are some points to ponder on.

First you can start easy with yourself with something that you can have complete control over, your composure. Now it might be clichéd in terms that one has already heard about it, but let me explain. As animals tend to manipulate their composure depending on whether they are in a mating ritual or in a standoff with a predator, man can also do the same.

It would be called masking, wherein we can mask our insecurity by using our body composure to show the opposite of how we are feeling, this way our speech and behaviour copies our composure in a way that we are perceived as such.

Always dress right and never put yourself in a situation wherein you will be perceived as weak or incompetent. So, dressing right can actually take you towards greater heights in how people perceive you to be.

In many cases where people tend to make important decisions or go to very important meetings, they usually buy new set of comfortable mens boxers so that they can really feel right and following that would be they will be able to feel confident in their own skin.

This is called mind conditioning in psychology, where you condition your mind to feel positive and it eventually affects your behaviour or performance in the long run.

Always condition yourself to put yourself out there and embrace both praise and rejection at the same time. In psychology this is called desensitization, where people are made to feel less sensitive about things by having them being exposed to such things that they are really afraid of.

Along the line people who take courage to expose themselves to situations and embrace the outcome whatever it may be becomes more confident with themselves and oftentimes becomes more successful than those who just shy away from opportunities of growth.

Sometimes all you need to do is to talk to a professional in such cases that you cannot function properly on a daily basis so that they can help you along your journey towards gaining the strength to be confident with yourself.

4 reasons why strategic leadership is regarded as the most effective 

5 Simple Habits for Better Self-Esteem- How to build confidence and self-esteem?