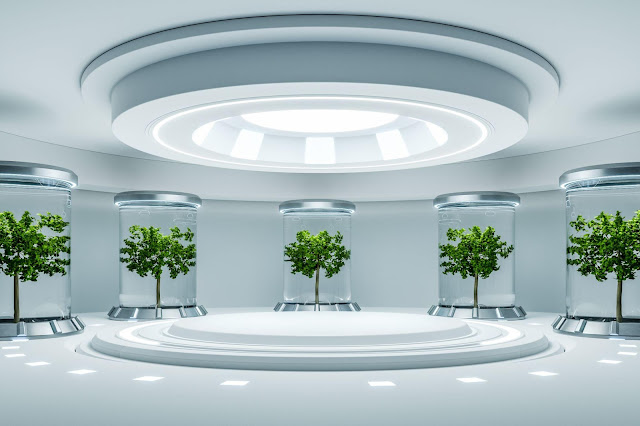 If we go back almost 15 years, the “Future of Food” notion originated with the introduction of genetically modified foods (GMOs) in the United States. In 2018, the debate over what and how we will consume in the future continued to evolve. According to the CSIRO in Australia, food consumption is predicted to continue growing at a pace of 14% each decade, implying that food production must almost double its present rate to keep up. So, what will we consume in the next two decades, and how will we feed the world’s more than ten billion people by 2050?

Principally focused on the fight against malnutrition in developing nations.

Reduce the environmental effect of the meat-heavy western diet dramatically.

European corporations such as Future Positive Capital in the United Kingdom, Aqua-Spark in the Netherlands, and Bpifrance FPCI Eco technologies in France are significant investors in the insect farming sector.

Notably, mealworms are already available in Switzerland. According to FoodIngredientsFirst, a Swiss startup called Essento has developed human-grade insect burgers. They are shaped like falafels and are high in vital elements like proteins, unsaturated fatty acids, vitamins, and fibers. The new Swiss food safety legislation, which took effect in May 2017, permits the sale of food products, including three species of insects: grasshoppers, crickets, and mealworms.

Nuts that are allergen-free

The tiger nut, or Cyperus esculentus, is a weedy crop native to Southern Europe, Africa, Madagascar, the Middle East, and the Indian Subcontinent. They are well-known for their great nutritional value, particularly their high fiber content, oleic acid, vitamins C and E, and minerals like potassium and phosphorus. Notably, tiger nuts are mostly used to produce gluten- and lactose-free milk. This video demonstrates how to use this unique nut in your favorite smoothies.

We rapidly understand the effect of meat production on the global ecology and biodiversity. Are we on the verge of a meatless dinner plate? To be sure, the tendency is upward. The health-conscious generation demands that the market include more plant-based goods with clear labeling. Certain firms are developing meals that taste just like meat. Several examples include the following:

This startup located in Los Angeles created the first plant-based burger. Plant-based sausages, chicken strips made with soy and pea protein, and beef crumble made with pea protein are available.

Like Beyond Meat, this South African startup offers over 15 plant-based meat replacements.

The California-based firm has accomplished the unimaginable by creating a plant-based burger that sizzles and bleeds like a beef burger. The company’s Impossible Burger just received Kosher certification.

There will be less need to raise and slaughter cattle and other animals for people to eat because of all of these plant-based ideas. This might contribute significantly to decreasing animal suffering and addressing the problem of climate change. Transitioning to plant-based alternatives might result in a 15-fold decrease in water use, a reduction in methane gas emissions, and protecting our magnificent rainforests from future damage. To avoid nutritional deficits, we should continue to consume less processed meals and more authentic cooking with nutrient-dense ingredients.

This San Francisco-based start-up has invented a technology for the growing fungus that can be used to make salmon burgers. It tastes, looks, and smells just like fresh fish. According to Kimberlie Le, Co-Founder and CEO of Terramino Foods, algae, and other plant-based components give the burger a salmon-like flavor. With the growing problem of overfishing and the accumulation of pollutants such as mercury and microplastics in fish, Terramino’s algae-based seafood may serve as a sustainable seafood alternative.

Meat grown in a laboratory

So, what does the future hold for meat lovers? Scientists have proposed growing synthetic meat in the lab to combat global warming while still supplying meat for individuals who like meat. This scientific breakthrough started in 2013 and included the cultivation of ground beef from cow stem cells. Sometimes cultured or in-vitro meat, lab-grown meat seems to look, cook, smell, and taste identical to ground beef.

Numerous associations have already begun discussions on this subject. For instance, the United States Cattlemen’s Association is at odds with the federal government over the legal definitions of ‘beef’ and meat. Similarly, the Food Standards Australia and New Zealand (FSANZ) Authority will guarantee that each lab-grown beef product undergoes a public health and safety evaluation in Australia. Australians, without a doubt, love their meat. As a result, Australian authorities seek to ensure that the promises made do not mislead customers or violate consumer laws.

To summarize, the need to provide food security, eliminate food scarcity and hunger, avoid food intolerances and allergies, conserve global biodiversity, advocate for clean food production, and limit animal cruelty will drive the way we eat in the decades ahead. Algae, synthetic meat, plant-based meat substitutes, edible insect burgers, and protein bars might shortly be on the worldwide menu. Notably, it remains to be seen how different governments will regulate the claims and supply of these innovative food items.

Visit an Italian Restaurant While You Are on Vacation

5 Must Things to Consider While Baby Food Packaging