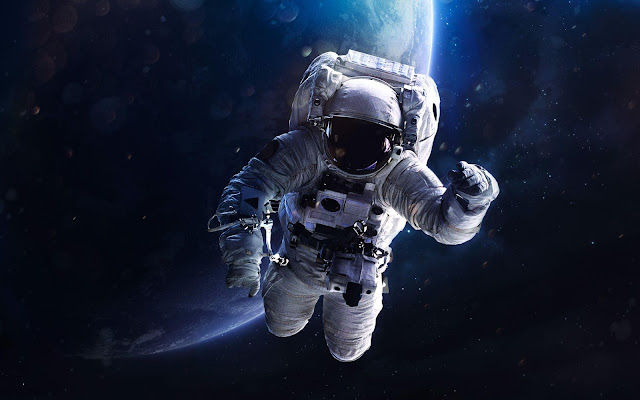 How would you define space tourism?

For recreational or leisure reasons, human space flight is referred to as space tourism. It is classified into orbital, suborbital, and lunar space tourism.

However, space tourism has a wider connotation. According to the Space Tourism Guide, space tourism is a commercial activity associated with space that includes visiting space as a tourist, seeing a rocket launch, stargazing, or traveling to a space-themed resort.

A concise overview of space tourism

Dennis Tito, an American multimillionaire, was the first space tourist, spending almost eight days aboard the International Space Station in April 2001. Tito became the first private individual to buy a space ticket when he paid $20 million for the journey. As space tourists, six more private persons joined Tito on his eight-year journey to the International Space Station.

As space tourism became a reality, hundreds of businesses joined the market, including Blue Origin in 2000 and Virgin Galactic in 2004. In the early 2000s, space tourists were restricted to launches on Russian Soyuz planes and could only visit the International Space Station. However, things changed as the market’s other companies began to mature. There are currently several places and firms offering space travel.

While the first two companies concentrate their efforts on suborbital flights, Axiom and Boeing are pursuing orbital trips. On the other hand, SpaceX is putting a premium on lunar tourism in the future. For the time being, Elon Musk’s business has permitted chartering of its Crew Dragon spacecraft for orbital trips, as was the case with the Inspiration4 three-day mission. Space Perspective is developing a new balloon-based technology to transport clients to the stratosphere, with commercial flights scheduled to begin in 2024.

Spaceflights in the orbit and suborbital space

Orbital and suborbital flights are opposed. Taking an orbital flight entails remaining in orbit; in other words, continuously circling the globe at a high rate of speed to avoid colliding with the Earth. This journey often takes many days, if not a week or more. On the other hand, the suborbital flight is more analogous to a space hop – you blast off, make a massive arc, and finally return to Earth, never reaching orbit. In this situation, the flight length is between two and three hours.

Consider the following scenario: a spaceship sends you 100 kilometers above the Earth. To enter orbit to undertake an orbital flight. You would need to reach a speed of around 28,000 kilometers per hour (17,400 miles per hour) or more. However, to reach the specified height and return to Earth to perform a suborbital trip, you must travel at just 6,000 kilometers per hour (3,700 mph). This flight consumes less energy and gasoline and hence is less costly.

How much does space travel cost?

●        The cost diverge, but keep in mind that suborbital space missions are always less expensive.

What do you anticipate from a trip to space? Apart from the incredible sensations, these are some of the things you may expect on such a trip:

You will only experience a few minutes of weightlessness on a suborbital journey, but it will be incredibly exciting.

Some of the symptoms are cold sweats, lethargy, appetite loss, nausea, exhaustion, and vomiting. Even veteran astronauts are not immune!

Is it feasible for me to become a space tourist?

For the time being, the primary impediment to space travel is cost. However, air travel was formerly prohibitively costly; a round-trip ticket cost almost half the new automobile price. Almost certainly, the cost of space flight will decrease with time. For the time being, you must be pretty affluent or win a competition, like Sian Proctor, a member of the Inspiration4 mission, did. However, before spending thousands of dollars on space flights, here is another point to ponder.

Why is space tourism environmentally harmful?

In general, rocket launches are detrimental to the environment. Rocket engines send toxic gases and soot particles (also known as black carbon) into the upper atmosphere during rocket fuel combustion, resulting in ozone depletion. Consider this: in 2018, black carbon-emitting rockets produced almost the same amount of black carbon that the global aviation sector does every year.

However, not all space corporations employ black carbon as a fuel source. Blue Origin’s New Shepard rocket is powered by a liquid hydrogen-fueled engine: hydrogen does not release carbon dioxide when burned but converts to water vapor.

The primary reason why space tourism might be environmentally damaging is due to its potential popularity. The increasing number of rocket launches will inevitably raise the carbon footprint – Virgin Galactic alone plans to fly 400 of these trips yearly. Meanwhile, the soot emitted by 1,000 space tourism flights has the potential to increase Antarctica’s temperature by roughly 1°C!

The Advantages of Having an NDT Testing Lab in Noida

Happy the dog is not a person, NY’s highest court rules