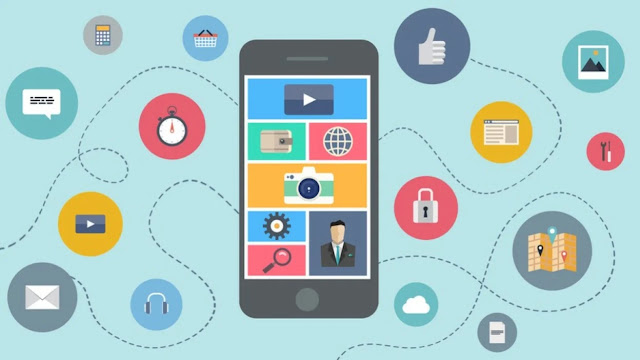 Today, in this Digital Era, a company needs to have an online presence. Mobile app development has become a critical requirement for the growth of any business. You must create a specialised mobile app whether your company is B2B or B2C.

Even though we utilise a variety of mobile devices, Android and iOS have grown extremely popular. They are dominating the whole mobile device market.

Though it’s not easy to create an iOS app from scratch, some necessary measures must be followed to create a good iOS app.

Furthermore, you may not be able to produce a distinctive product if you lack the necessary app development expertise. As a result, finding an app development business is the ideal alternative for you. There are numerous lessons available on iOS App Development. Even yet, without the necessary expertise, completing the process is difficult.

You can always hire the best app development companies in India to assist you at every stage of this process.

Professional iOS app developers adopt the proper technique to create a customised app for you. They take several measures to integrate the app with your business. The developers create feature-rich software for the iOS platform using their technical expertise and cutting-edge technology.

Now, let’s take a look at the comprehensive guide that can assist you in the iOS App Development Process.

1)    The first stage in developing an iOS mobile app is to conduct extensive research:

First, you need to conduct extensive market research even before designing an iOS app. One of the most critical measures in learning about the latest trends in the iOS app market is to conduct market research. It will assist you in determining which technological features you must add to your app. Or which features are getting old, and you need to replace them with new ones as soon as possible.

You must perform a study on your company or sector. You need to know the online behaviour of your target customer beforehand. You can create a high-quality iOS app by determining your app’s target users. Additionally, the iOS app developer will want this information to create the app for you.

2)    Development of an iOS app idea- the roadmap:

It’s the next step in the iOS app development process. The top iOS app development firm creates a roadmap to determine how they will develop the app. To create a powerful mobile app for iOS consumers, the developers focus on a variety of elements. This process is tedious and crucial for the success of your app.

This step identifies the reason for iOS app development as well as the features that are important to your iOS app. As a result, you must complete this step in order to achieve the planned success.

What is a “wireframe”? This term refers to a product’s blueprint. The design may not be presented in the wireframe created by the iOS app developer. It aids in determining whether the developers will design the app correctly. You can basically visualise the iOS app by taking a look at this wireframe.

Furthermore, the iOS app Development Companies developers can discover the difficulties and costs of developing an iOS app. So that they can cut the corners to make the process more effective and cost efficient.

Do you know what can significantly increase customer satisfaction? And the answer is – an excellent User Interface. The more interactive and appealing your App’s UI/UX is, the more the customers stay hooked to it. This stage assists you in ensuring that your App is user-friendly. A simple user interface provides a pleasant experience for your target audience.

An iOS app development business always follows the correct principles and rules to develop the best possible App for your business. The overall process allows developers to select the appropriate visuals, motion, and icons for your App to make it more and more user-friendly.

Though the task is quite hectic and to avoid any kind of mistake, you can hire app developers who specialise in iOS app development.

At this stage, professionals try to establish an ideal architecture for the iOS app while concentrating on the key app design aspects. They make sure your app is scalable and stable. Furthermore, the developers also focus on market trends when creating the correct architecture for your project.

The iOS app developers work with both the back-end and front-end development of the app at this stage. Front-end app developers construct the code that allows you to include numerous design components in your app. They are in charge of database synchronisation and caching, and the overall user interface design.

Back-end developers, on the other hand, are in charge of the app’s functionality. The collaboration of these two development teams aids in the building of a well-balanced and well-designed app. The developers can also incorporate third-party systems within your programme. You can ask them to make changes to your app in a variety of ways.

In addition, app testers must consider how the app responds to device resources.

Many developers have learned to use Swift and Objective to introduce the necessary app functionalities in the shortest period possible. This is the best possible way to cut unnecessary costs.

7)    Putting the app through its tests & trials and submitting it to the App Store:

The developers test various features of the software after it has been developed. They ensure that the app is appealing to the eye and runs well by validating iOS standards. They conduct these tests to check whether they have achieved the desired efficiency.

The iOS app security is one of the most important things that the developers verify. Professionals review your app through the penetration test. They also test the app’s performance at various network speeds. The developers also figure out how the software functions when the iPhone is in aeroplane mode.

However, there are tons of restrictions that must be followed during the iOS app publishing process. The evaluation time for an iOS mobile app might be anywhere from 10 to 15 days. The key reasons why the App Store rejects some apps are known to the creators. That is why they place so much emphasis on this phase in the process of effectively publishing your app.

You can build a long-term relationship with the developers to ensure that your iOS app is updated on a regular basis. There may be some bugs creating problems for your customers. You will receive customer feedback after the app is released. Your developers will investigate whether the software is causing problems for the users. The app will then be updated to address the issues. These bug fixes are vital for the reputation of your app. Thanks to the frequent upgrades, your software will run smoothly on the latest iOS platforms.

After defining the rigorous process of iOS App development, now we will point out a few tricks that can assist you in the process!

The developers will ask you several questions before generating the app codes:

What is the primary purpose for establishing the app?

What are your business objectives?

Who are the app’s intended users?

What should the app’s users get out of it? As a result, you must outline these questions and remain focused on the goal.

3)    concentrating on the design layout:

One of the most critical aspects of iOS is the content layout. Developers must test the clarity and depth of the content for the finest Apple iOS to make the app look attractive and user-friendly.

4)    Integrating the app and website’s activities:

Developers must work on the connection between the iOS app and the website. It must be fluid and should not have any complexities.

For example, a customer must be able to add things to their shopping carts directly from your website. Then they can use the iOS app platform to place their orders seamlessly.

All these guidelines, tips and tricks should be followed while developing the best iOS app possible for your business. But if you are new to this, you can always hire the top web developers in India as your guide and partner. The professionals know how to create a unique app catering to all your business needs!