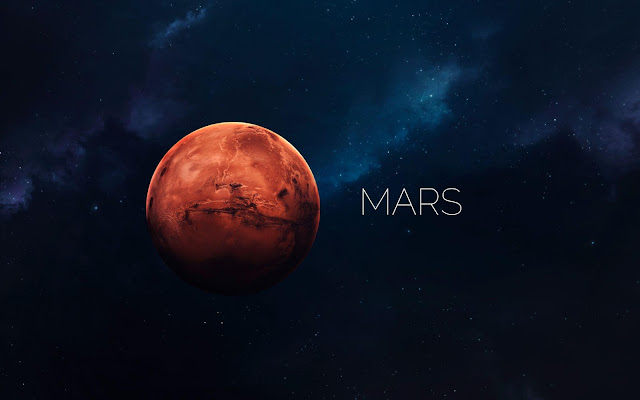 Mars has long seemed to be a viable location in our ongoing hunt for extraterrestrial life in the cosmos. It is a rocky planet similar to Earth that orbits the same star at a distance sufficient for water to have existed on the planet.

Mars, on the other hand, is a bleak wasteland today. Any water that originally existed on its surface hundreds of millions of years ago has evaporated. Its atmosphere is a thin shell of the thicker barrier that once existed. However, might the planet have supported life in the past, and is it possible that any life on Mars has persisted today?

While we cannot yet answer such questions, we are closer than ever to discovering the answers. And with the prospect of a slew of new missions looming, new hints are starting to appear.

Understanding how much water was on Mars in the past is critical for determining its habitability potential. We know that there is life practically anywhere there is water on Earth. Therefore, if Mars were much wetter than now, the odds of habitability would rise significantly.

On Mars, we have discovered evidence of ancient water in several locations. NASA’s Curiosity rover may have discovered an old lake bed, and Mars’ northern hemisphere looks to have been covered by a vast ocean. Now, scientists want to expand on these findings.

Dr. Alberto Fairén of Spain’s Spanish Astrobiology Centre is the project’s coordinator in Madrid, Spain. This study tries to determine the amount of water that may have been on Mars during its first billion years, whether it was liquid or frozen, how long it was there, and where it was located.

Mars is likely to have had an active surface hydrosphere between 4.5 and 3.5 billion years ago, with glaciers, rivers, lakes, deltas, and maybe even a hemispheric ocean the size of the Mediterranean Sea,’ said Dr. Fairén.

According to him, the evolving image of early Mars implies that its summers resembled Icelandic winters and Antarctic winters.

On Earth, life exists in a diverse variety of environments, from the Sahara desert to the freezing glaciers of Antarctica. Today’s surface of Mars resembles some of these spots, suggesting that if we can discover life in certain locations on Earth, we may likely find it on Mars.

Dr. Dirk Schulze-Makuch of Germany’s the Technical University of Berlin managed the Habitability of Martian Environments (HOME) project, which tested soil obtained from the Atacama Desert in South America to determine the presence – of any – bacteria. The findings indicated that life was endearingly resilient.

‘We demonstrated that active microbial life exists even in the hyper-arid core,’ Dr. Schulze-Makuch said. ‘We discovered various pathways of survival. For instance, some microorganisms get their water straight from the atmosphere, necessitating the absence of rain.’

Additionally, the scientists generated several soils and salty brines to simulate some of the conditions on Mars. Scientists can determine what kind of life may thrive under the Martian surface by injecting bacteria into these Mars mimics.

‘We were primarily interested in extremophiles (life that thrives in the most severe environments on Earth),’ Dr. Schulze-Makuch said. ‘We employed Planococcus halocryophilus in the brine trials (a microbe that can live in very salty and cold conditions). We discovered it had a very high tolerance.’

While we can approximate the conditions on Mars, we cannot precisely reproduce them. Mars’ surface is exposed to far more radiation than any other place on Earth, and there is significantly less water accessible on Mars than in the world’s harshest deserts.

‘There are many bacteria that can live in circumstances similar to those on Mars,’ Dr. Schulze-Makuch said. ‘However, you would need to conduct tests on Mars to be certain.’

Dr. Fairén’s earlier research, IcyMARS, revealed that ancient Mars may have been colder than previously thought but moist enough to support life. Mars lost this water in its history when its core cooled for unexplained causes, and the planet’s atmosphere was driven away by the solar wind.

MarsFirstWater will hunt for biomarkers on Mars, such as microbial lipids, that may indicate that life previously existed in this more hospitable ancient location. By examining the chemical reactions on Martian rocks, we may determine the amount of liquid water there, allowing us to determine the kind of life that might have existed there. Additionally, the research will hunt for biomarkers comparable to those created by bacteria on Earth in the Martian geological record.

The team has already obtained some preliminary findings. They discovered that some microbes present on Earth might prevent water on Mars from freezing into ice due to their biological activities. At the same time, other indications of ancient life could still exist in moist clays under the Martian surface that rovers could explore.

The next step of the hunt for life on Mars will include putting together these indications and analyzing data from future missions to seek additional signs of life. ‘We already knew Mars could support life,’ Dr. Fairén said. ‘The next issue is if it was ever inhabited.’

Perseverance and ExoMars alone may not be sufficient; a life-detection mission capable of directly sampling Mars for indications of life may be required to be certain. However, there is little doubt that a solution to one of our generation’s most perplexing problems is within grasp.

The Advantages of Having an NDT Testing Lab in Noida

Happy the dog is not a person, NY’s highest court rules

Space Tourism: Is Space Exploration Worth It?