Planned sanitization of planes with cutting-edge technology is good news for flying travelers. Mr. Burzin Manek Daver, has publicly acknowledged that the company has now partnered with major domestic airlines for UV sanitization of aircraft. Since the beginning of 2020, Covid-19 has been wreaking havoc on the airline sector, forcing it to ground its planes because of the increased danger of infectious illness spread. 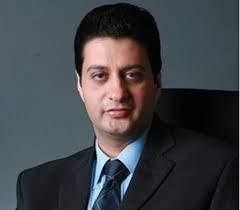 For more than three decades, Livewel has been one of the country’s leading providers of aircraft cleaning, repair, and maintenance services. Given the current critical scenario, the organization has risen to the particular demands of the situation to provide domestic travelers with hassle-free air travel.

The business has begun the process of installing the necessary equipment at all of the country’s main airports. A catering trolley with wings on both sides is used in the unique deep-cleaning process. The passenger spaces and cabin, including AC vents, seats, windows, aisles, tables, backrest, armrest, and other surfaces, may be disinfected properly using UV C radiations. The machine offers characteristics that allow for deep cleaning of edges and other regions that are difficult to sterilize with a standard sanitizer. Not only that, but the machine will also effortlessly clean the overhead baggage compartments, cockpit, bathrooms, galleries, and other areas. The best aspect is that the machine would deep-clean the entire airplane in just five minutes.

For more than three decades, Livewel has been one of the country’s leading providers of aircraft cleaning, repair, and maintenance services. Given the current critical scenario, the organization has risen to the particular demands of the situation to provide domestic travelers with hassle-free air travel.

Mr. Burzin Daver told the press about the new technology and its impact, saying, “UVC has been in use for a long time and is known for its efficiency in battling bacteria.” UVC can help suppress the growth of disease-causing microorganisms, according to several research conducted by specialists throughout the world. It has been discovered to be particularly successful in the treatment of contagious diseases like Ebola and Influenza, as well as Covid-19.” He stated that the specialist equipment is being imported with all of the necessary approvals and documentation in place. Regardless of whether the aircraft is a narrow-body or a wide-body, the machines include UVC lamps that can channel powerful doses of ultraviolet rays to disinfect all human-accessible and inaccessible sections of the cabin. The business has set a goal of cleaning 100 planes each day with the equipment it has ordered. A certificate from Livewel will be given to sanitized planes as verification.

Get the facts on Delta cancellation and change policy before you book your next flight!

Cheap Red Eye Flights – Why They’re So Popular Among Travelers

How to get the best deals on Allegiant Airlines flights