After the change in the privacy policy of Whatsapp, a lot of uproar took place across the country. But in view of this danger, the Government of India has launched its own indigenous Instant Messaging App Sandes. 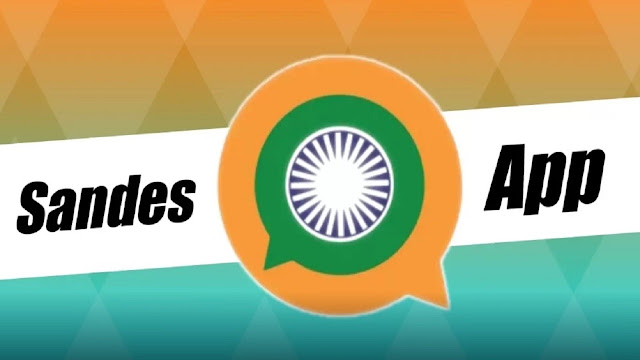 What is a message app? Sandes App Kya hai

Sandes, formerly named Government Instant Messaging System (GIMS). Is an instant messaging application developed by the Government of India as an alternative to WhatsApp.

The Sandesh app is an alternative app for Whatsapp created by the Government of India.

Through which you can talk to each other and share media files.

It has been created because this step has been taken by the Government of India to protect the personal data security of Indians from WhatsApp.

What are the features of the Messages app? Sandes App Features

• Made in India app made entirely in India.

• The message app can be used on both Android and iOS platforms.

• Being indigenous, your data will not leak out.

• This app will work under NIC.

• This app will be logged in via mobile number and OTP

How to use the Messages app?

The Sandesh app can only be used by government employees and it has not been made available by the Government of India to the official general public.

Right now the Sandesh app is being tested by many ministries, when it will be applicable for the common citizen, then its information will be updated on our blog.

Why has NIC launched the instant messaging app Sandesh?

Following a nationwide lockdown imposed in March 2020 to prevent the spread of Covid-19, the government felt the need to create a platform to ensure secure communication among its employees as they worked from home.

Following security matters, the Ministry of Home Affairs issued an advisory to all government employees in April last year to refrain from using platforms such as Zoom for official communications.

The Computer Emergency Response Team (certificate-in) had posted an advisory about security and privacy concerns against Zoom.

In August 2020, NIC released the first version of the app, stating that the app could be used by both central and state government officials “for intra and inter-organisation communication.”

The app was initially launched for Android users and then the service was extended to iOS users.

The launch of the app is also a part of the government’s strategy to use India-made software to build an ecosystem of indigenously developed products.

Initially open to government officials only, it has now been released to the general public as well.

The Sandes app can now only be downloaded via the APK link. Which is not available for everyone right now.

However, the introduction of the APK link of the app means that it is almost ready and will be launched soon. After launching, this app can be downloaded from both Google Play Store and Apple App Store.