The number of downloads of Koo App is continuously increasing. This Indian mobile app is benefiting from the ongoing conflict between the Indian government and microblogging site Twitter. There has been a dispute between the government and Twitter about blocking the accounts of some users and taking action on them. Also Read – Top Twitter Alternatives in India: Use Twitter including Koo and Twitter 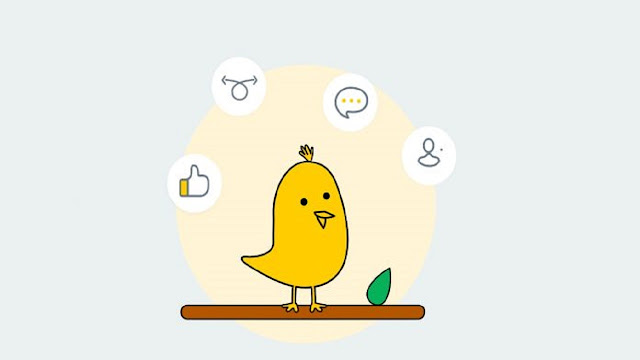 According to the reports, the number of app downloads has increased by 10 times in the last 7 days. Koo App has been downloaded over 3 million times on all platforms so far. However, the number of downloads on the Google Play Store seems to be just over 1 million. Aprameya Radhakrishna and Mayank Bidawatka are the founders of this app. The focus of this app is on the local language. Also Read – Koo launches Dhansu feature, now posts will be able to write without typing

This app has been in the news since the beginning of this week. Many others including Union Minister Piyush Goyal, Ravi Shankar Prasad have come on the app. Even accounts of many government departments are also present on the platform. There is also Chinese investment in this app, which was given by an interview by Radhakrishna, the company’s founder.

What is Koo App

The Koo app has been launched in the last year i.e. 2020. It is a microblogging (Twitter-like) app, available in Hindi, Tamil, Telugu and Kannada languages. The app will soon be available in many other languages ​​as well. On the platform, users can share messages up to 400 carats or up to one minute of video. The app is available on both the Google Play Store and the Apple App Store. Also, its web version can also be used.

Significantly, the government has expressed its displeasure with Twitter on Wednesday for delaying taking action against the account and hashtag that is spreading propaganda and inflammatory things about the farmer movement. The Ministry of Information Technology made it clear that the company may have its own rules, but it must follow the laws of the country.

Nowadays the discussion of Koo app is happening on social media and news channel with Zoro, this discussion becomes important because the Prime Minister of India, Shri Narendra Modi himself has discussed it in the Mann Ki Baat program. India’s Telecom Minister Mr. Ravi Shankar Prasad has also talked about this app on social media.

Recently, the Aatmanirbhar App Challenge contest was organized by MyGov and Niti Aayog, in which Indian social media app Kuo made the 2nd prize winning headlines. Many ministers and famous and famous personalities of the Government of India have started joining this Indian social media app. Union Law Minister Ravi Shankar Prasad and Railway Minister Piyush Goyal have already become part of this app.

How many languages ​​can be communicated on Koo App?

The Kuo app is currently available in 5 Indian languages ​​and English: Hindi, Tamil, Telugu and Kannada. That is, if you want to do Koo (message post) in Hindi language or Tamil, Telugu, Kannada, Marathi etc. languages ​​other than English, then you can easily post in these languages. While other Indian languages ​​like Bengali, Gujarati, Punjabi, Sanskrit, Urdu etc. will also be included soon. The company’s technical team is working on it.